No Cable No Fiber Does Starlink Make Sense For You?

The 20th century came up with developments in science and technology. The world witnessed the success stories from Sputnik 1 to Explorer 1. And from medicinal treatments to artificial intelligence. The most renowned technology we received in this period is the internet that brought the world close in a real sense. Today whatever we use on digital platforms is because of the internet, whether you post something on social media, watch live tournaments or read this article. Everything we get to see in digitized form is because of the discovery of the internet.

What Is The Internet? How Does It Work?

A simple definition of the term internet is a web that connects the servers. You will have access to the world wide web, i.e., www, to access this global web of connections. There are terms like VAN, LAN, File Transfer Protocol, Internet Protocol, etc., related to the internet connection you are using. There are various factors and terms involved in the mechanism of this system of world-wide-web. But the primary medium that brings the internet connection to our houses is the internet provider. You must have heard of such names as Comcast, CenturyLink, or A&T; these are some of the biggest names in internet providers in the United States. What do you think? How do they provide you with the internet? Do they control the internet? No, they do not have internet rights. They act like a third party that brings internet connection to you. Suppose you are using your mobile internet data for browsing. Then, your SIM card company works as a third-party service provider. They are known as ISPs or Internet Service Providers.

Starlink stands to restructure the relationship between you and the third-party service provider. The word was watching the development in this field when in 2015, SpaceX began developing with the Starlink concept. The concept of Starlink will bypass third party relations. It will provide you a direct satellite internet connection. Of course, the news has come with positivity, but there are other factors to be considered.

No Cable, No Fiber! Does Starlink Make Sense For You?

As we discussed above, we subscribe to internet plans from third-party service providers at the current stage. You might be reading this article with a wifi connection. You will say that the Wi-Fi connection does not need to be a wire as we connect to our computers. But the wifis are wired with the portable servers. Your service provider is a part of the optical fiber internet connection spread throughout the world. Starlink will be a satellite internet that will be connecting to small satellite devices on your spot. SpaceX has already begun sending the satellite constellations to the low orbit of the earth.

If you are an individual user, then, of course, you will think for a while before investing in Starlink. But if you are a business operator, it will hike your ease of doing business. The internet connection should be a smart connection to the business operatives. Safe, secure, and reliable features are with Starlink. Also, 5G is the best option but will work more as a system with smart cities. At present, 5G is the most advanced technology in internet technology we have ever seen. Will people prefer 5G on Starlink?

Can Starlink sustain in competition against 5G? We use 4G internet, which is comparatively faster than 3G. Countries like China are already in progress with 5G technology. The 5G technology is a game-changer in the internet world. It will cover the entire city from traffic control to spying the town where 5G is installed. It will work as a masterstroke for smart cities. But there is the disadvantage with 5G is the cell sites required to settle nearby. It will be a very costly project for megacities and can not control a wide range of areas. The case is very different when it comes to Starlink; it will provide you individual connections with cost benefits.

The initial information comes out that the monthly subscription plans will begin from $99. But you will have to invest in a setup too. Starlink will require a setup kit like we have a fiber internet connection setup. The approximate cost for the set up will be $499.

Charges based on initial information. There will be changes in the plans, subscriptions, and setup costs.

Starlink seems a glorifying project for investors. If talking about fundraising, the world will trust the project. SpaceX is a private space launch provider. The organization has goodwill in the world.

Starlink project raised to $ 1.9 billion in August 2020. The amount shows the credibility of SpaceX. In fact, in 2019, the Ontario Teacher’s Tech Fund invested $300 as its first investment in SpaceX.

Starlink is becoming a new milestone in the Internet world. The idea of no fiber, no cable will be enacted by the unique opportunity the users will get from Starlink to get connected to satellite internet instead of fiber internet. 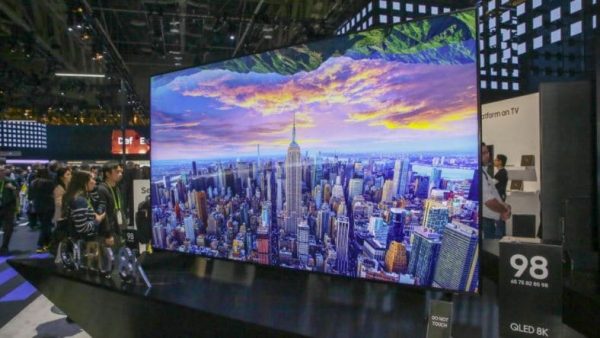